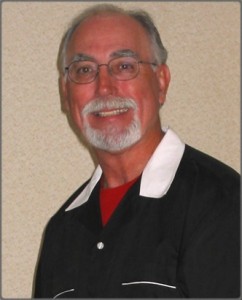 Rich Boyd is an artist, designer, photographer, and writer who enjoys an immense interest in art and photography. Rich attended the University of Arizona as a Commercial Art major (and ROTC cadet). Upon graduation in February ’68, he earned a BFA Degree and a commission in the U.S. Army. After serving in Vietnam and at Department of Army Headquarters, Rich was Honorably Discharged and returned to school on the GI Bill. Attending Art Center College of Design in Los Angeles, Rich earned a BS with Honors in Transportation Design’76.

After graduation ceremonies at the new Pasadena campus Rich and his wife Linda were off to Michigan where Rich was hired as an exterior designer for Chrysler Corporation. His design experience included the package and design phase of the Dodge Caravan. In ’79 his growing family returned to Los Angeles. Industrial design positions at Mattel and Revell employed Rich’s design talents and passionate interests in automobiles. In the Mid’80s Rich worked on contract as Project Manager for Mazda of North America in Irvine, building a full-size prototype for the successful Mazda MPV minivan.

In the late ’80s Rich made a fun-filled career segue to publishing. The next 23-years were spent as a staff journalist with various vintage vehicle magazines and painting private commissions. Now he’s a grandfather who delights in his granddaughter and loves to collect photos for reference while traveling with his wife Linda.